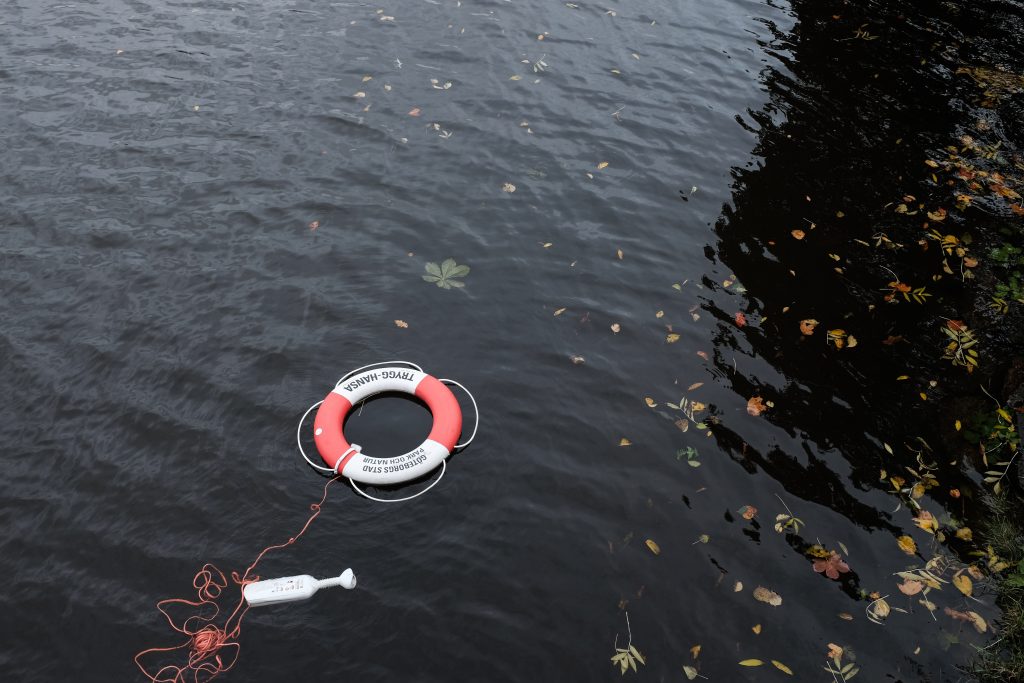 They say it’ll happen when you finally stop trying. When you stop thinking about it. When you relax.

But the thing is, even when you make the aching decision to stop trying – to call it a day on assisted fertility methods – you never actually move on.

Because hope is a weed.

It’s persistent and fluid and despite your greatest efforts it seeps into the darkest parts of you and I swear it does so to keep you alive.

But we decided to move on. We had a final debrief with our fertility doctor. We booked a last minute trip to Dubai where we spent a week fuelled on overtaxed alcohol. We ordered a very expensive white couch. We talked a lot about what life might look like just the two of us. I started to publish Treading Water.

At our last fertility appointment I asked our doctor about a medication my friend was trying – a drug for women with breast cancer which had potentially positive fertility side effects. 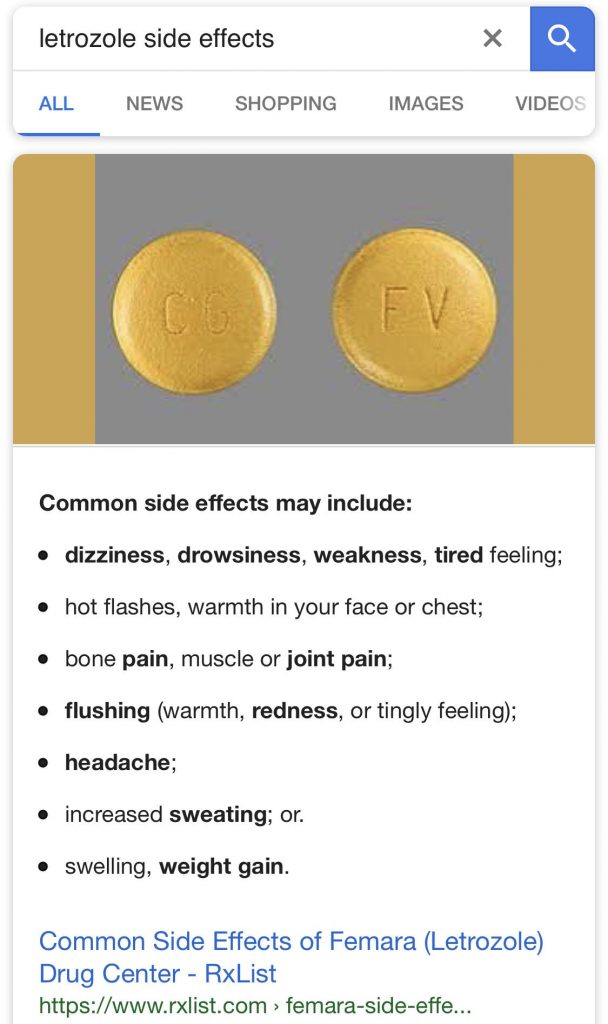 She explained that the drug, taken for just four days at the start of each cycle, made the ovaries release a few to several eggs each month instead of just one, essentially increasing the chances. It would not, however, address my issues of low egg quality, the shape of my uterus, the natural killer cells or endometriosis.

She was happy to prescribe it and we were happy to try it in the background while we worked to heal ourselves.

Response to the drug is varied and while many women feel fine, I felt awful. I experienced all of the common side effects and then some. We reminded ourselves we were lucky – I didn’t have breast cancer and so didn’t need to continue on the medication. Half way through the second month we decided to stop the drug – the way I was feeling wasn’t worth it.

A couple of weeks later I was still feeling off. And so a few days before my period was due, at 6am,  I took a test and put it on the tiles of the bathroom floor while I took a shower. A few minutes later I wiped the steam off the shower screen to look at the result. 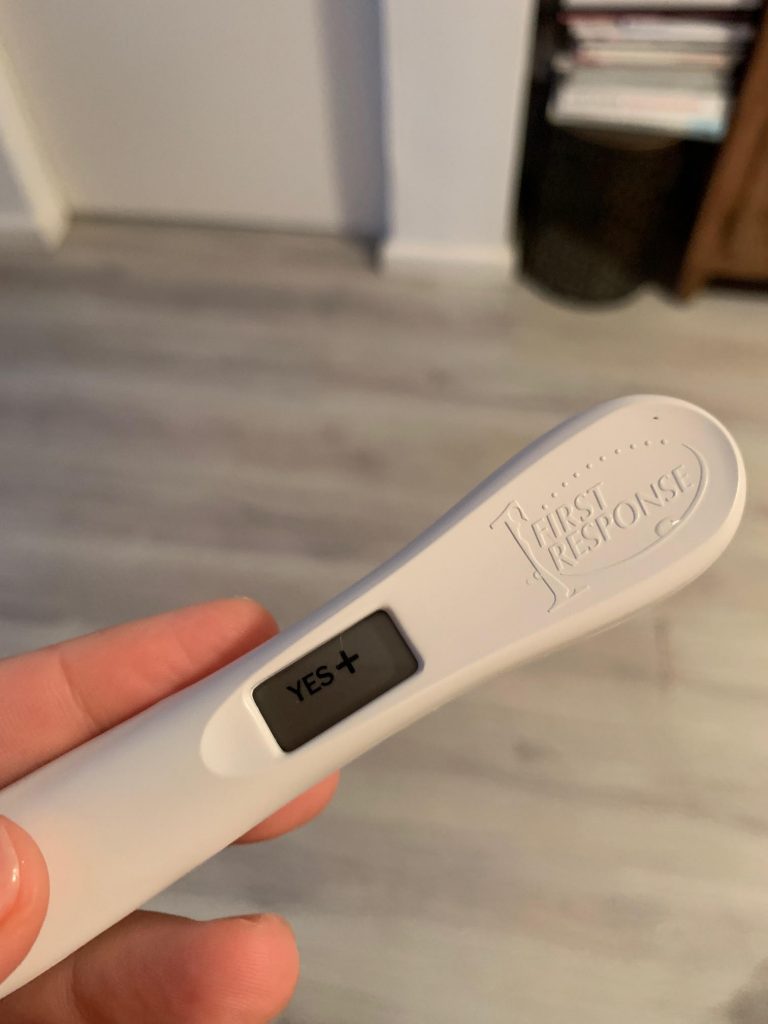 I called for Rich and when he came in and saw the response he had the same reaction as me. “We’re not doing this anymore. This is going to break you and we’ve been through enough. I hate seeing you hurting.”

A blood test at my GP confirmed the pregnancy. More bloods three days later by my fertility doctor confirmed my levels were rising. Each day I waited to miscarry and every three days we waited for the next blood test.

I told Rich I felt like a fraud for half publishing Treading Water and that I wasn’t going to finish it. I was waiting for the worst to happen and I wanted to go to ground. I no longer wanted to talk publicly about my fertility. Even privately I wanted to shut everyone out and steel myself for what was next.

With each blood test we got closer to the earliest possible viability scan at seven weeks.

I waded through quicksand in the ultrasound room at the imaging centre. Everything the nurse said was muffled. I laid on the bed and clenched my eyes shut and when I opened them the tiniest flicker was pulsing on the screen.

And so the days went on and I waited for bad news and Rich cheered on from the sidelines, helping to coax me out of the dark places.

He encouraged me to finish this blog series, and so I did, albeit rushed.

We saw our obstetrician, the same one from 18 months prior who handled our missed miscarriage with such compassion and performed the D&C. She gently welcomed us back and was eager to take a look at our baby.

Days and weeks went by and with them more appointments and tests.

Each time a heartbeat.

And as I type this, our baby has a heartbeat, and all the checkpoints of a healthy pregnancy.

I’ve never felt so hopeful and frightened at the same time. My OB has wisely sent me to therapy which is really helping. My friends are checking in with genuine love and support all the time and that alone has made it the most special time.

But writing this is not easy. I think constantly about all the women who might read this with a heavy heart because they don’t have their happy ending yet. Or never will.

I don’t want people to say they knew it would happen or reassure me it’ll be fine. Because they didn’t know and can’t say for sure. Because those comments deny me the very real and valid anxiety I feel.

I couldn’t have survived to this point without the compassion and understanding of my closest. Happy ending or not, it saved me.