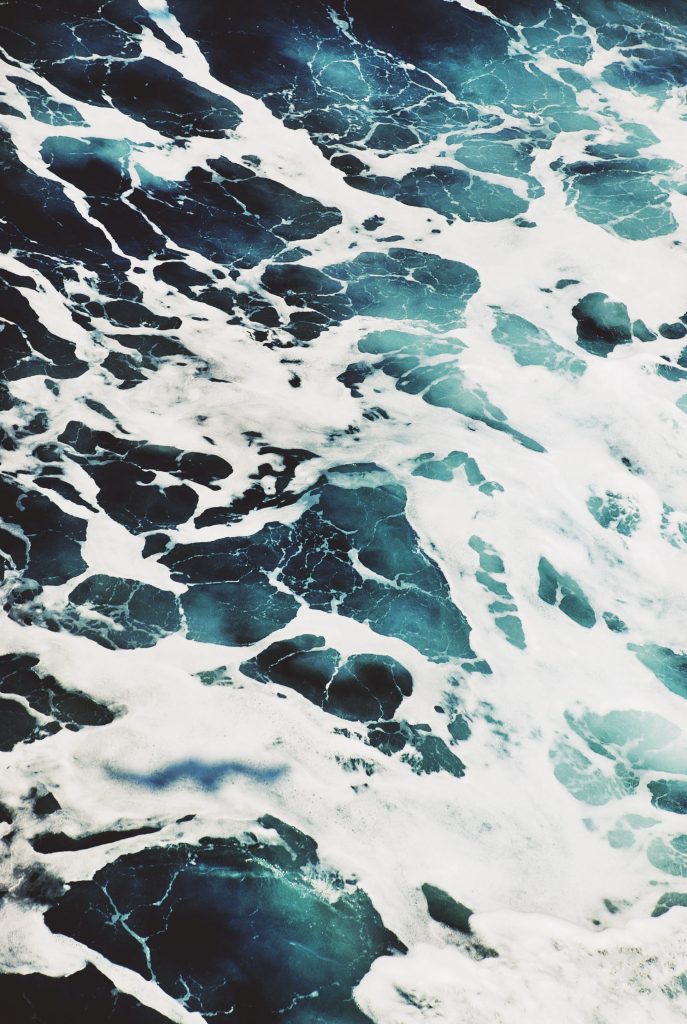 Shortly after the surgery Rich and I went on our trip to Hawaii – what would have been our babymoon.

There were whispers that HuffPost, where I worked, would be closing. Being in media for many years I knew where there was smoke there was fire, so knew I was about to lose my job.

I spent the trip drinking too much and checking in with the office for any news.

I also got my first period since the surgery halfway through the trip and to say it was bad is putting it lightly. I chewed through all of my prescription pain relief in one day and when there was no sign of the pain subsiding I begged for over-the-counter pain relief stronger than Advil at the American pharmacy. When I was refused I think I may have told the poor lady that it was because American’s all had a drug problem and that’s why her country can’t have nice things. Whoops.

(Fast forward to the next February in Australia and over-the-counter codeine products were also taken off the shelves in Australia. A huge blow to those with chronic pain, creating meaningful negative impact to many lives, particularly when you’re caught off guard by pain – Panadol is like having a sprinkle for dinner – it doesn’t touch the sides).

We returned to Sydney and I was made redundant. I was suddenly unemployed at the exact time I would have been going on maternity leave in my parallel life.

My father had also had a fairly serious melanoma diagnosis and as result had had a large part of his ear removed and then reconstructed.

Although I’d read I’d likely be more fertile following the surgery, I was not in the greatest place to jump back into trying. Dad was not well, and although I was lucky enough to be approached for several jobs, I was still unemployed and faced with starting a new job with a new company. There was so much uncertainty.

So we didn’t stop trying but we didn’t give it our all at that time, either.

Christmas and New Year came and went and in January I started a new job at Mamamia. My second day there was my due date. I spent the day picturing what would have been happening in my parallel life and I wanted to be anywhere but where I was.

Then doctors found two tumours in my father’s chest. He had lung cancer.

Immediately I became obsessed with having a baby again. It was a compulsion. Over and over in my head I said ‘my dad is going to die before I have a baby. He will never meet my child.’

It was the only thought I had.

I contacted my fertility doctor 10 days before my period was due to let her know we were ready for round two of IVF.

My period came on a Friday night and so I headed to the clinic on Saturday morning to start my bloods, pick up my meds and start the injections.

I received a call from the clinic – they had noticed my referral they keep on file had lapsed. I couldn’t proceed (to claim part of the cost on Medicare) without a current referral, even though I’d been on three days of the injections already.

I explained that I’d been in touch 10 days prior to ensure all my ducks were in a row. They explained I couldn’t proceed without a current referral.

I dashed to my GP on my lunch break where I was told that asking for a backdated referral was asking them to break the law. I explained that it wasn’t my fault and that I had done All The Right Things and I’d been seeing the fertility doctor the whole time so really it was just a renewal and that my dad was dying and that I really needed to keep going with this round because I really needed to have a baby so my dad could meet my child or I would never be able to live with myself and could they please just write me a referral dated two days prior?

I was turned away.

I was frantic. I called one of my best friends whose father was a retired doctor at the Children’s Hospital at Westmead. I heard the pain in his voice when he explained that they so badly wanted to help but he couldn’t because being the referring doctor meant that all correspondence would be sent to him and that if there was any complications it would be an issue.

I dried my eyes in a meeting room and sat back at my desk and interacted with my team like everything was fine.

I wanted to scream at the top of my lungs at the utter indignity that not only could my body not do what should have come naturally and what I so desperately wanted it to do on its own, but that medically I couldn’t do it either even though I followed all the rules. I’d done everything right and still I was denied the chance to have a baby before my father might die.

I went to meetings like everything was fine. I so desperately wanted to get up and leave – but it wasn’t physically where I was I wanted to get away from – it was my life.

I well and truly didn’t want to be me anymore.

But I pretended everything was fine.