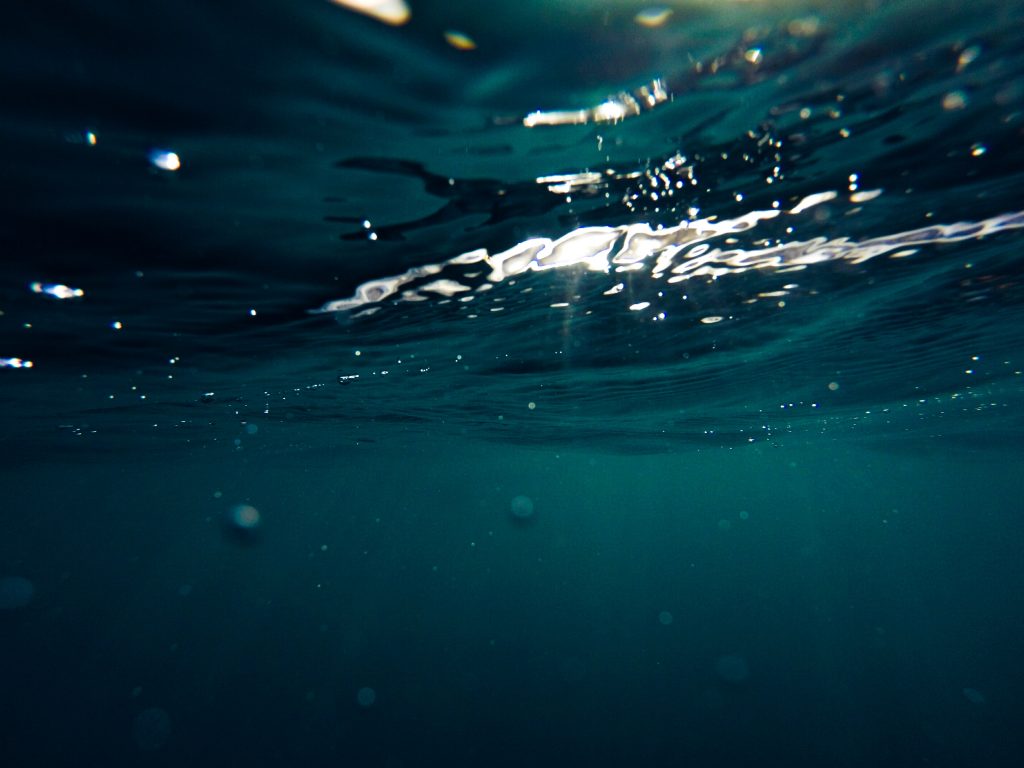 Following that loss our fertility doctor advised we do a few things. I started taking her list of supplements which have research behind them to indicate they might aid in improving egg quality.

She also said she felt it was time for the laparoscopy, to get in there and see what’s going on…and she suggested we might like to see the fertility clinic’s in-house therapist.

Rich and I went together for a therapy session.

We discussed the fact that I felt Rich’s optimism meant he wasn’t facing the reality. Rich explained his positivity was an attempt to lift me up.

“How heavy is this jug of water?” the therapist asked me.

“It depends how long you’ve been holding it.”

She explained that the jug was the weight of what we’re going through and that I have been holding it with my arm out for a while now. I told her that I don’t really share what’s going on in my head, not even with those closest to me, because…well, I just never have. I deal with pain on my own. Because I don’t want to be burdensome and also because I feel deep shame.

She explained that what I was carrying was getting too heavy.

“Give it to Rich to hold. Lighten the load. Put it down for a few months and then pick it up again.”

It was a very helpful session.

I also had the laparoscopy operation.

I had the surgery on a Saturday and had the coming five days off work. I’d told my boss I’d be back in a few days but was glad I had the full week in the end.

Recovery isn’t too bad, mostly just bloating around the abdomen and tenderness near the incisions, but dressing for the office would have been difficult. The most unexpected part is very painful shoulders – a result of the gas leaving your body which they use to blow up your midsection to get to all the organs. 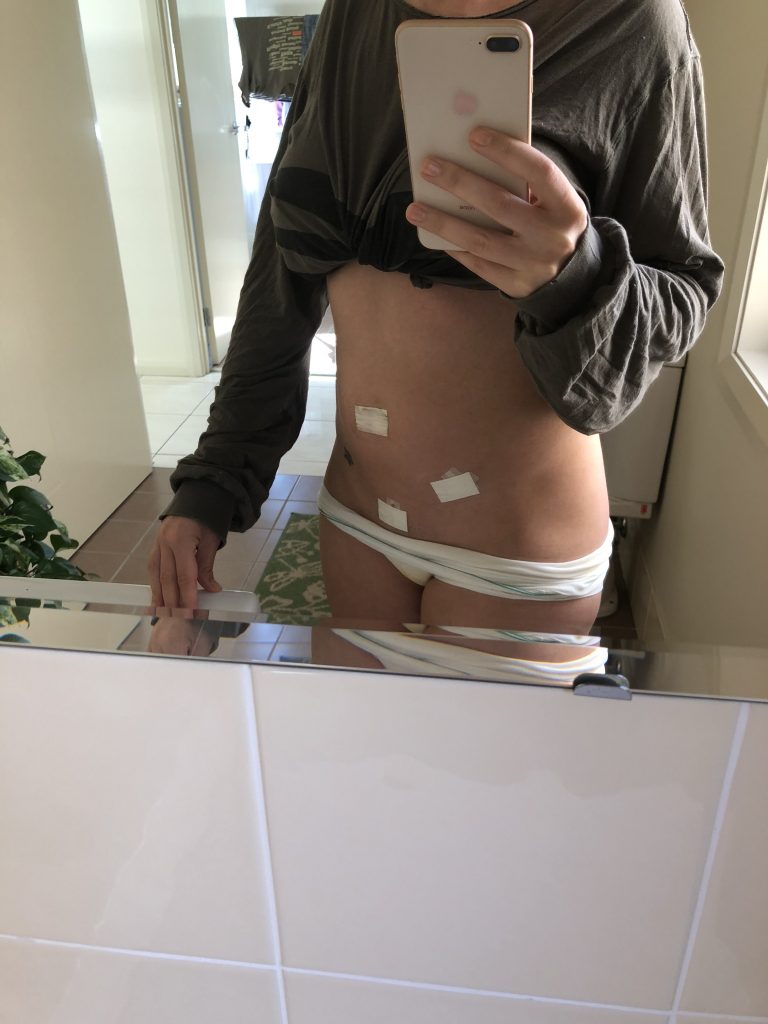 The surgeon, a colleague of my fertility doctor, found three things.

My uterus was an unusual shape. This meant it was possible there wasn’t enough blood supply getting to where the embryos would implant, resulting in miscarriage. He made two incisions on either side to essentially reshape my uterus.

I had what he referred to as ‘high immunity’ in my uterus. Commonly known as ‘natural killer cells’, the purpose of these cells is to protect the womb and detect foreign substances, but in higher levels the cells can also kill a healthy developing embryo. Of the range they deem risky, I was somewhere in the middle. My fertility doctor and the surgeon have different views on natural killer cells. The surgeon explained that if I were his fertility patient he would put me on immune-suppressing drugs. My doctor feels those drugs are too risky and there’s not enough research in the area yet*.

I had widespread endometriosis. It was classed as ‘mild’, stage 2, but it was in many places. He was able to remove a large percentage if it. I did not have PCOS, I had polycystic ovaries, which is different.

I was relieved that my suspicions of endo were finally confirmed and frustrated that I’d been misdiagnosed a decade earlier and that despite voicing my feelings, I was dismissed.

Through a project I had been doing at HuffPost at the time, No Two Women (a content series on women’s reproductive health), I’d already learned a lot about endometriosis.

I learned that the stage of a diagnosis had no bearing on the associated pain. Someone with stage 4 might experience little to no pain, while someone with a mild diagnosis of the chronic disease might find it debilitating every single day.

I also learned that removing endometriosis through surgery does not always ‘fix’ the pain. This was the case for me.

I am hyper aware I’m very lucky with the cards I’ve been dealt with regards to endometriosis. The disease is not debilitating throughout the month – although there is mild (to sometimes moderate) pain I am able to function normally. When I get my period it’s a different story, but that severe pain lasts 24-36 hours.

What is difficult though, is the anxiety that comes with trying to plan a busy life around pain. You don’t just track your period for fertility reasons, it’s so you can crosscheck it with your diary to try and avoid having to cancel important meetings or events because you’re bedridden. Although the pain isn’t constant, the anxiety is, because you know it’s just 28 days away again – at best.

I find it frustrating to observe ‘healthy’ people taking sick days because they are feeling tired or can’t be bothered, yet they still come to the office when they have a cold. What they don’t understand (besides their own privilege) is that people with chronic illness fear getting ‘regular sick’ – like catching a cold or the flu – because they know they’re going to need every single one of their sick days to manage pain and other symptoms.

Like I say, I’m lucky. My endometriosis, for the most part, does not affect my every day…though the effect on my fertility was still unknown.

*A reminder that I respectfully request you refrain from offering medical or treatment advice. I am aware of The Bondi Protocol and the like.