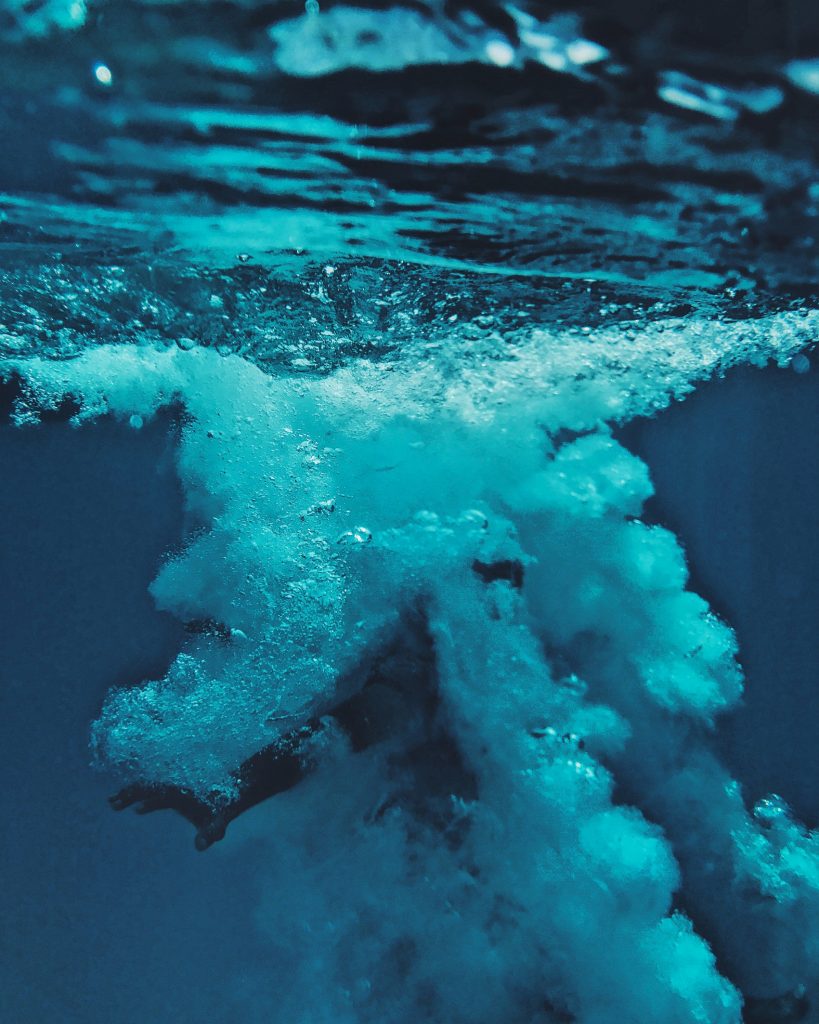 Prior to this pregnancy I had no emotional connection with the process. I wasn’t yearning to be a mother, I just wanted to get it done. I felt impatient. I felt frustrated that I was unable to control this aspect of our life – that I was unable to plan it into fruition – but it wasn’t an emotionally longing.

My invisible friends in the forums of despair – one way dormant conversations I read off a screen – told me that I would be very fertile in the months following a D&C.

And so we tried for two more months. I tried every day to fix it. I did All The Right Things. I had fertility acupuncture. I drank the Chinese herbs that tasted like bin juice. I had kinesiology to unblock the ‘I don’t want kids’ narrative I used to tell myself.

I couldn’t fix it.

A few months back when we had found out we were pregnant Jetstar was having a sale on flights to Hawaii, so we’d booked a trip for our babymoon. I became obsessed with being pregnant again for that trip. There was no way I was going to Hawaii not pregnant.

We went back to the fertility doctor.

She talked us through our options at that point. I could have the laparoscopy to diagnose (and hopefully remove) suspected endometriosis, or we could try a round of IVF first. Many women with endometriosis need reproductive assistance to fall pregnant anyway, so we could potentially cut to the chase without having to have surgery.

(can we just pause for a minute here to marvel at the insanity wrapped in the very sobering reality that IVF might be considered a more favourable option because endometriosis is so difficult to diagnose, let alone treat? I’d bet my life that if endo wasn’t a gendered chronic disease we’d have a much easier diagnosis than surgery. Decades ago. Anyway.)

The stimulated cycle, the first part of the process, lasts around two weeks. It begins the day after you get your period, at which point you go into the clinic to have a blood test and collect your medication.

Medication comes by way of lots of syringes, in my case housed in a bright blue cooler-bag with abstract circles on it – I assumed they are supposed to represent eggs – which is about as discreet to carry back to work as having leprosy.

In the cooler bag is several boxes of daily injections – for me it was one for the first few days and then two daily – as well as a special drug called a trigger. The trigger is self-administered around the time you’d ovulate, exactly 36 hours before the eggs are collected. I cleared a whole shelf in our fridge to make room for the loot.

I loved doing the injections. I lived for it. They made me feel like I could be somewhat useful in a process I couldn’t otherwise control. 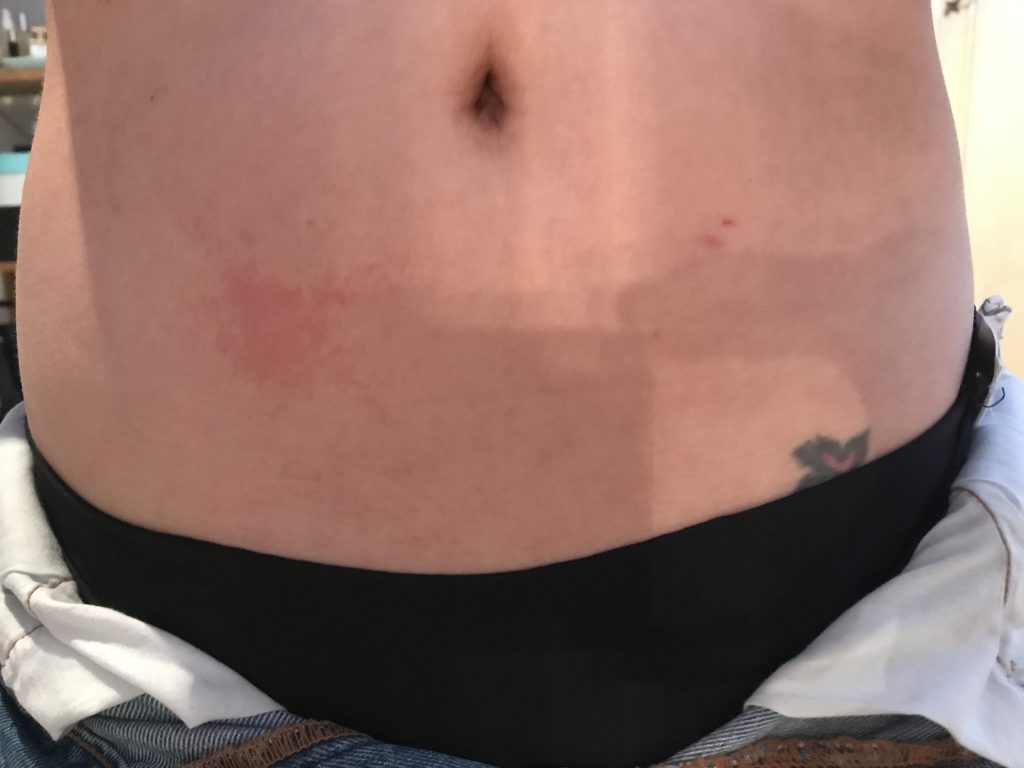 My belly right after my morning injections. The drug on the left stung like hell for hours after.

In addition to the needles you’re at the clinic every second morning, on average, for bloods and an internal ultrasound to measure and count the amount of follicles growing on your ovaries. If you’ve ever experienced IVF you’ll know feeling of having a blood test, seeing your insides on a monitor and taking a muesli bar for the road, all before 7.30am.

Overall I was fine. I felt slightly more emotional than normal throughout the two week process but having bad periods and PMS anyway, it wasn’t so bad. Plus it was temporary – it was a means to our baby.

The only time I got a little upset was when the clinic called a few days before trigger tell me my hormone levels were too high for a fresh embryo transfer – it wasn’t safe for my health or the embryo – so instead of putting one of my fresh embryos in five days after collection they’d need to be frozen and used next natural cycle (or even the cycle after) once my hormones were at safe levels.

I was perturbed. This threw my plans off by a month, maybe two. But I reasoned with myself that if this delay was our hurdle between us and our baby, we’d jump it. The clinic also explained that the trigger I had in my fridge wasn’t compatible with my hormone levels – it would put me at higher risk of hyperstimulation – and so I dropped by the clinic to collect a different trigger drug.

A few days later walking from the carpark to the clinic I was acutely aware of the size and weight of my ovaries – it felt like I had a boccee ball on either side of my uterus.

You can either have a general anaesthetic for egg collection or be awake and have pain medication through an IV. I chose to be awake.

Waiting to get the eggs out and make a us a family.

With Rich in a chair by my side I lay on a bed in theatre with my legs in stirrups. My fertility doctor used a whopping big needle in and through the walls of my vagina to reach the follicles on my ovaries so she could extract the eggs.

A scientist – known as an embryologist – receives the eggs through a tube, one by one, and checks them for maturity. We had 12 eggs.

12 eggs! A lovely number. We only want one baby, I thought, and so we will donate the rest of our embryos to science.

Now it was Rich’s turn. He left with a nurse to give a semen sample while I ate raisin toast in recovery.

From that point on our work was done – it was time for the scientists to pour Rich’s sperm on my eggs so they could get to work.

(All those stock IVF images you see of a sperm being injected into an egg is actually an additional process called ICSI, but for the most part strong sperm doesn’t need injecting – it’ll wriggle in there on it’s own).