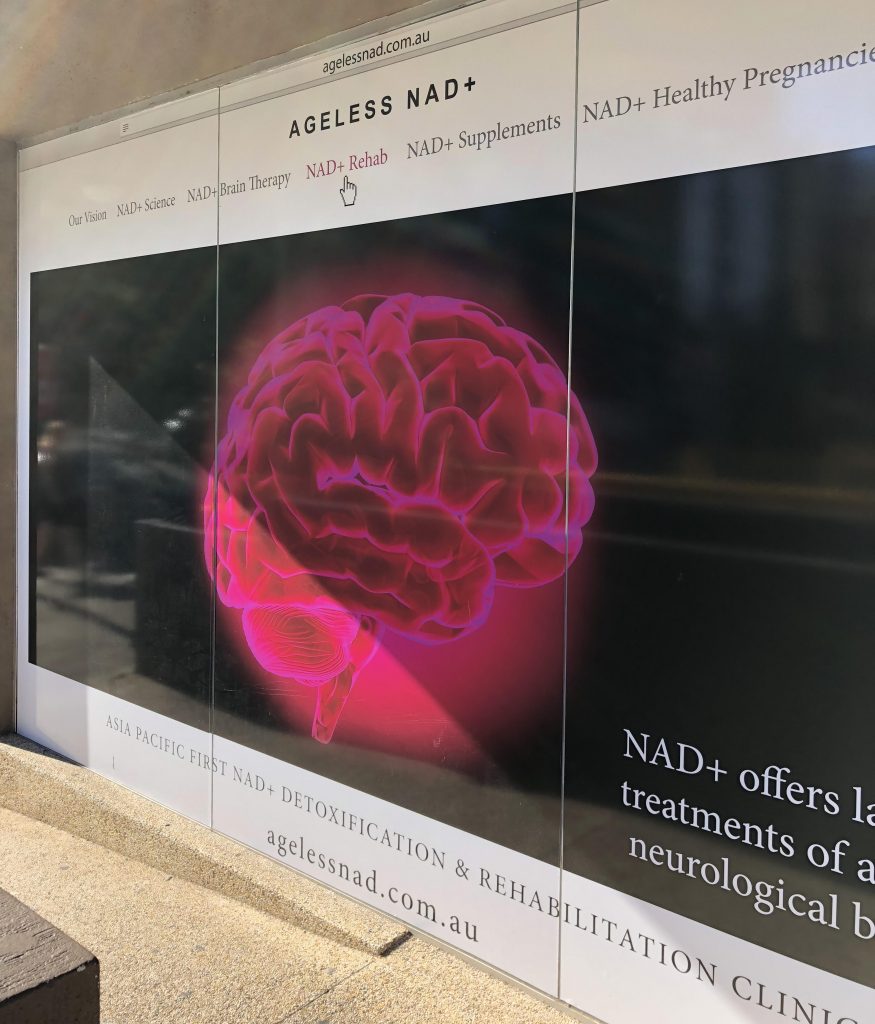 Wow, I can’t believe anyone actually clicked on that headline.

First up, What the hell is Nicotinamide Adenine Dinucleotide? Well, NAD is a metabolic co-enzyme that is an essential component of energy production and is found in every cell in your body. And my body. And everybody’s body.

It turns out NAD is a really nifty little molecule. A joint UNSW and Harvard research team released a study (which made international headlines) back in March 2017 which found that a daily supplement containing a derivative of NAD was able to effectively extend the life expectancy of mammals by 20 percent.

The obvious first place all thoughts went was anti-ageing. NAD is also heavily involved in DNA repair and cell repair, so it’s a no-brainer for youth based applications.

BUT, what is arguably waaaay cooler is the positive affect NAD+ can have on those struggling with addiction, mental health issues, PTSD as well as neurodegenerative diseases, because of the fact that it is essential for maintaining neurotransmitter levels for the proper functioning of the brain. It has also been reported that it may potentially aid in preventing recurrent miscarriages and birth defects.

A number of amazing Australian scientists including Associate Professor Ross Grant have helped spark what is being called one of the greatest worldwide research frenzies since the discovery of penicillin. Dr Grant and his other mates in lab-coats at the forefront of research on NAD+ and its role in disease prevention and life extension.

The use of NAD is already wildly popular in the U.S, and is gaining traction here in Australia. NAD is available here on a script in either supplements or intravenous drip, BUT, unlike the U.S, there are regulations around advertising and endorsing prescription medications in this country. That’s why we don’t have those crazy and annoying ads for medications on the telly like they do in America.

That’s also why I can’t endorse the use of these medications. I can merely point out the reported benefits of the molecule and study findings.

My second story is to tell you about Doctor Jeremy Cumpston. He runs The Ageless Clinics and he and I met a decade ago when I was road-testing something for Cosmopolitan and we immediately bonded.

He primarily works in the anti-ageing space but is a real doctor with a brilliant mind who is naturally inquisitive about all medical breakthroughs. I adore him, even though he is perpetually running late (and if you ever go see him I suggest you call to see if he is running on time before you leave home).

Anyway, Dr Jeremy just got back from a hectic NAD+ global conference and is practically frothing over its implications.

I was first excited by NAD+ for what it could do to my appearance (it’s okay to care about anti-ageing stuff – it is possible to be a smart woman and have healthy levels of vanity) BUT I have since anecdotally experienced its benefits on my mental health. And I have touched on my mental health in the past.

They are my two seperate stories. A molecule and a doctor. F*CK YEAH, HOW COOL IS SCIENCE.

« I found a new facial treatment and it’s amazing
Products I love: Naturals »